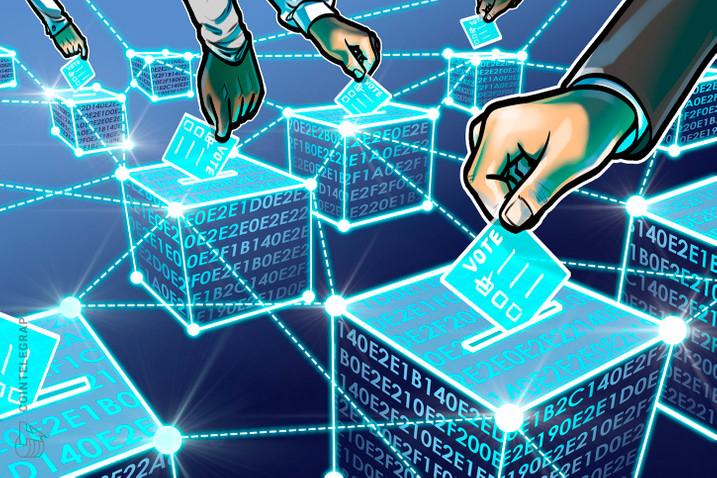 Decentralized Autonomous Organizations (DAOs) in the blockchain space are designed to work without any hierarchical structure and utilize a voting system to determine outcomes. DAOs often include weighted votes that are based on staking the project’s asset (coin/token). The first “DAO” was actually called “The DAO” and built on Ethereum in 2016. The DAO was a company that gave its investors/members a vote in the decisions the company makes when spending the raised capital. It expanded into a venture capital fund, and raised over $150M worth of ETH, then was hacked and lost around $50M worth of ETH. The company is still around, but “The DAO” never regained its original status and this hack led to one of Ethereum’s historic forks.

The term DAO has evolved into a descriptive acronym, and is quite a common buzzword in the blockchain space. Most DAOs follow the same blueprint with crowdfunding and member voting – even block rewards for running a node and validating (in our case minting). Some DAOs are quite successful these days, having raised billions in funding. Here’s why Qortal is not a DAO: 1) we do not stake coins for a weighted vote and 2) the community votes do not take action directly with the code. Voting weight on the Qortal chain will be based on blocks minted (time and contribution). These votes will NOT directly update code (as smart contracts do on DAOs).

In Qortal, we have the overall “DevTeam” and also DevTeam “Admins”. The DevTeam Admins manage the codebase and require a 60% approval among the pool of Admins to push updates to the core (this is how auto-updates work). Anyone is welcome to join the Dev server to begin collaborating on the codebase, and be considered as part of the development team or “DevTeam”. Based on time and contribution, these new team members may eventually be vetted for by the DevTeam Admins and become an Admin themselves. That process will include: 1) developer contributes over time, 2) Admins can confidently vet for the developer, 3) Admins submit a summary to the Qortal community as to why the Admins vet for the developer, 4) community votes to approve the decision to make the developer an Admin, 5) Admins conduct a 60% on-chain vote – giving the vetted developer’s Qortal account the Admin permission. This structure allows us to carefully consider the Admin pool and safeguard our project, while the Admin pool grows and becomes more decentralized over time.

When it comes to decision making, the final say in some cases relies on the Admins. When the community can be involved in a vote to determine the project’s direction, every level 1 or higher Qortal account will be able to cast their vote. This type of voting can be used to determine how the DevTeam should allocate time for new coins to add, or building support for a new project on the Qortal Network. For example, when the time comes to potentially change the block reward, or transaction fee, the community will get to determine the outcome with options presented. All of these different voting types will simply tell the Admins which option to move forward with, and the Admins will then follow through, conducting their 60% vote separately when the update is ready.

As we see, Qortal is not a DAO where every minting account gets to take part in voting that directly affects network updates. It doesn’t make sense for everyone to take part in voting code that cannot be read and vetted. This is also why some Founders are not “Admins” as it would not be a fair vote. With that said, it’s important to note that Qortal is building infrastructure and anyone can build on-chain without permission (unless a project desires its own asset which requires Admin vetting to prevent scams on our chain). Qortal itself may not be a DAO, but it can certainly host a suite of DAOs (projects built on-chain) and is intended to become a superior alternative to Ethereum.

The Voting System Overview page on the wiki has more info on Qortal’s voting system concept which has yet to be fully implemented: https://wiki.qortal.org/doku.php?id=voting_system_overview