Qortal’s Trade Portal is a COMPLETELY peer-to-peer CROSS-CHAIN trading system, wherein the user only talks to their local computer to execute a trade that takes place DIRECTLY from one blockchain to another.

We have removed BTC from the Trade Portal due to how slow the trades were and the effect it had on the network as we build this concept. BTC has been replaced with LTC and we also have DOGE. A multi-wallet exists in the UI for BTC, LTC, DOGE, and QORT.

We will likely bring back the BTC market at a later date, now that Bitcoin has implemented the Lightning Network but for now BTC is simply too slow and clunky, so LTC and DOGE are a better choice for faster, cheaper (cheaper than centralized exchange, only requiring the fees of the networks involved in the trade) market for Qortal Users.

See the infographic below on the steps and methodology utilized in the Trade Portal. 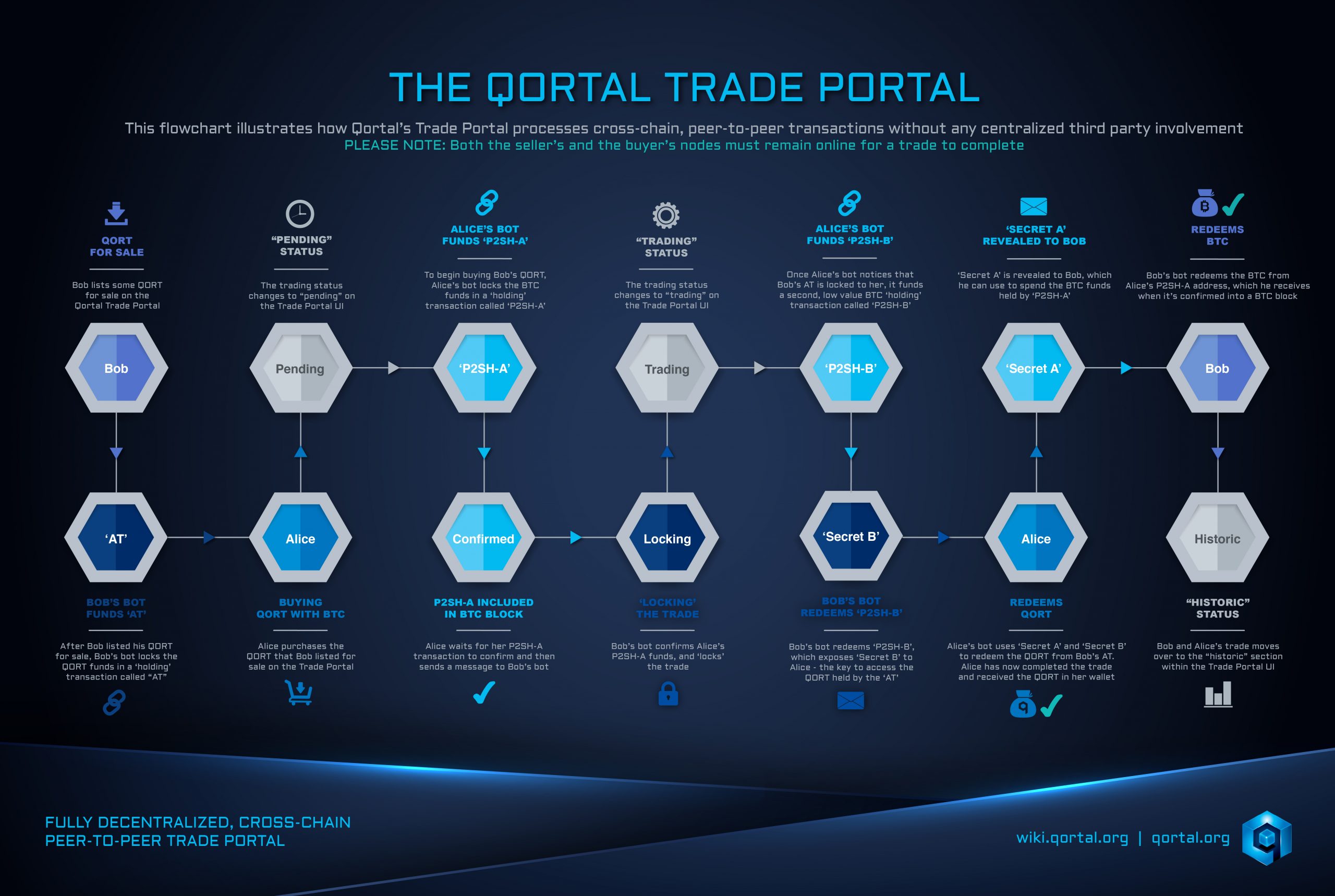